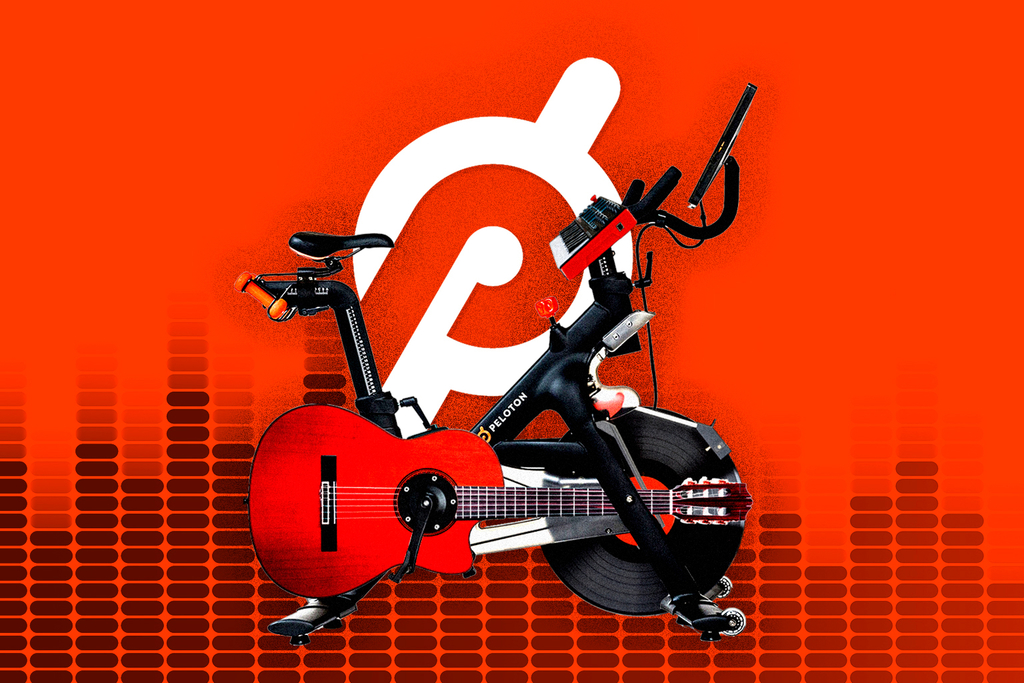 Indoor cycling company Peloton pedaled into some legal trouble in March—to the tune of $150 million—when the brand was sued for trademark infringement by a group of music publishers representing the likes of Lady Gaga and Bruno Mars. For Peloton, which has made a name for itself by selling a fitness experience built on music, the lawsuit exemplifies a larger issue that newer brands face as they grow from scrappy upstart to seasoned marketer.

“The small startups may get away with using music without a royalty for a couple of reasons: They’re unknown to musical artists or their publishing houses, or they’re just too small to be bothered with,” says Scott Rogers, a partner in the copyright and trademark litigation group at the law firm Ulmer & Berne. “But as companies grow, continued use of unlicensed music certainly has the potential to be a real problem for them.”

When Peloton debuted seven years ago, it was relatively small and unknown. But the brand has exploded in popularity in recent years, investing more in marketing and introducing a new treadmill product as it prepares to go public this year. While it eventually removed classes featuring songs by the popular artists in question, it has also changed tactics, recently counter- suing the group of music publishers, alleging anticompetitive behavior.

“Very often there’s a cavalier attitude toward licensing music, even though music is a big part of what they’re doing,” says Owen Sloane, partner in the entertainment, media and arts department at law firm Eisner, noting the risks could include complaints from brand investors.

Experts say there are several strategies marketers can employ to avoid musical snafus—as well as the unwanted press that goes along with them—and also get the most bang for their buck. Some tactics could even improve brands’ use of music in their marketing by encouraging more consumer engagement.

“Brands that incorporate a good music strategy play a role in the consumer’s life beyond the product,” says Eric Sheinkop, author of the book “Return of the Hustle: The Art of Marketing With Music,” and an executive board member of SoStereo, a company that provides sonic identities for brands.

Try a cover
Marketers that might not be able to afford the costs of securing licenses from all of the creators involved with a song—writers, publishers and
artists—could opt for a cover version of the song instead. In this strategy, the brand only needs to get rights from publishers and, in some cases, from others, but covers are much cheaper options, experts say. Brands could also personalize cover songs for different markets—an Italian version in Italy, for example.
“It gives you the ability to localize anthems or campaigns by doing covers,” says Sheinkop.

Experiment with shorter terms
When Budweiser aired its Super Bowl spot earlier this year, it paid top dollar for the rights to Bob Dylan’s “Blowin’ in the Wind” to promote its use of wind power—but those rights were only for a limited time, compared with the typical three-to-six-month minimums. Anheuser-Busch InBev had the Dylan rights for two weeks before turning to a rerecorded version of the song by the Cloves for future broadcasts. Using short-term rights is a smart way to save money but still make a big splash, experts say.

Do it in stages
Some music publishers are willing to work on alternative plans for startups short on cash, according to Sloane. He says that startups could devise a contract with a publisher that starts with a less expensive license, and builds to something more lucrative as the brand becomes more successful and has more money to allocate to music license fees. While this practice is not widespread, it could work for marketers like Peloton, which start small and grow more popular.

Mix it up
Some brands have found success in both avoiding lawsuits and keeping costs low by using a mix of music sources. Zumba, the global fitness brand based in Hallandale Beach, Florida, creates one-third of its music in-house as exclusives; sources one-third from lesser-known, independent artists; and licenses hits from established, popular musicians for the last third. The formula has worked well for the company, which can also claim it “discovered” several musicians who went on to larger success and recognition, such as Jenn Morel and Don Omar. Zumba works with thousands of artists.

“The Zumba experience has many different elements,” says AlbertoPerlman, CEO at the 18-year-old brand, noting switches from Reggaeton to hip-hop to salsa, for example. “When we can’t find the right song we say, ‘Let’s create one.’”

Consider tapping technology
There’s also more technology available to help marketers find the best music mix for their brands. Sheinkop’s company SoStereo has developed an AI tool that will create music in the vein of popular songs already in existence.
“It’s not all or nothing,” Sheinkop says, referring to the choice between expensive big-name artists or bland elevator music. “There’s a lot of opportunity in-between.”